Censorship in games: A Means of Control & Power

There have been quite a few outcries in the gaming scene lately. People have asked developers to remove the suggestive animations of Mika from Streetfighter and Tracer from Overwatch. Now disregarding the hilarity of people getting offended by moving 3D models of women and considering the scope this phenomenon seem to have acquired - I personally do not think this is about "sexual objectification of women" anymore. This is about control. Control over content creators (here: game developers) and their creative decisions.

Let me elaborate and put this into a bigger context.

Society needs ideas and information to grow. In order to figure out the ideal living circumstances, and mind set for their personal growth and the ideal, humans need both of these things. Because humans are gregarious creatures, we are always often in contact with others and learning from those around us. Not only we learn for ourselves, but also as a community. We are in a constant state of "collective learning".
The more information we have, the likelier we are to connect the dots - and thus find new ideas and perspectives (if equipped with the appropriate intelligence). I think you can call this an "evolution of ideas": the more diverse these ideas, the better. They evolve faster than laws, rules, hierarchy and (infra-)structure of a society, too.

And this is where it gets interesting.

Individuals with their own thinking capability can have powerful thoughts. Thoughts that may pose a danger to established rules and holders of power. Remember: ideas evolve faster than laws and rules. It's why we are still stuck with fossil fuels (coal and oil) that have been around society for 200 years or more. And that's exactly what suppressing new things does: make society slow down or even move backwards.


If an idea gets enough momentum, it may pose a danger to the current status quo.

See why censorship is a powerful tool, no matter the form? (Not only in gaming... just look over to the tech scene...)

If game developers give in to "sexually objectified" 3D depictions of women, they will easily give in to other demands as well. Give them mobs a finger - they'll take the entire hand. Happens a lot if you raise children the wrong way, too.

It is important to censors to feed and maintain an angry mob of cronies (mentally unstable, desperate people) that transform into a state of outcry when something is not going as they want. Then, they will fire up their outlets and moles disguised as independent journalists to mobilize the mobs and fabricate outrage. Gaming isn't the only media this is happening to, either.

It does not matter what political spectrum this mob aligns itself with. They are all pawns in the same game.

Feeding these angry mobs is an invaluable asset, as it kills multiple birds with one stone. For one, it thwarts those whose ideas are ahead of their time (or at least attempts to). It distracts people from the real issues and the ones pulling the strings. Someone who is in distress and seeking comfort in authority and being part of a cult group cannot form critical thoughts themselves - and therefore cannot become a dangerous wolf in the process.

The aim is to create a downwards spiral of negativity, outrage and despair to keep as many people as possible away from the feat of creativity and critical thinking.

After all, you wouldn't want those wolves to destroy your shitty click-bait site business you've built up over the years. 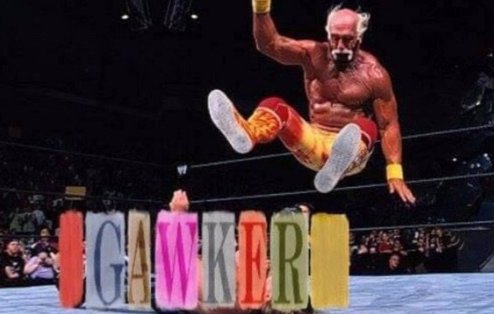 So if you are a creator let me tell you this. Create whatever you want with whatever ideas you have, even if they are controversial - know that controversy is needed for human society to evolve.

Know that just because someone has a megaphone doesn't mean they are the majority or an actual or potential costumer (or in other words: matter).

If you piss off the right people, know that you're doing something right: namely standing up for yourself and what you believe in.

And that's what life should be all about.