Don't be this kind of Developer!

Ever tried this? Planning out your entire gamedev project - at once. In every little detail.
I tried doing so - with Hack n Plan. I laid out the entire array of features as detailed as I could. It was nice in that it helped me how large it will become. However: It did not work out at all for me. After a while, I found myself overwhelmed by the volume of tasks I've set up and ended up demotivated enough to never touch that Hack n Plan project again.User error doesn't make the tool bad, however.


So what was the problem here?

I cannot focus because of too much clutter! And I'm clutter-minded already:

It starts with detailed and seemingly endless todo-lists. If I don't clean up and these lists grow to large, this is what happens in my head:


Out of 1000 important tasks let's pick the least important one because fuck progress!
There is SO MUCH to do!
Where the hell am I going to even start, oh my god, oh my god
Before I work this long list, let's take a look at this game I haven't played in forever!

READ: Ways to boost your productivity

What one must do is to trick oneself into working and getting comfortable with what one is doing.

That means, getting rid of all things that's preventing you from doing it: tuning down on the "lazyness threshold"; fostering a habit that comfortably enables you to get shit done. Like, going to the gym that just happens to be on your way home when calling it a day.

Something similar can be done using this 5-step-iterative approach:


How does it work?


How can you implement that into your work flow?

I've started to treat the changelog as my todo list when I am in step 2 (Structure). I will take notes there to solve problems or figure out how to implement or improve features. When I'm done implementing a feature, I remove the implementation notes and reword the feature for normal folk (gamers) to read and understand. 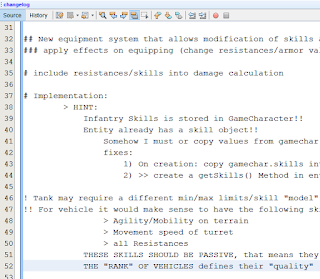 For step 3 and 4, taking notes while implementing, I have started to use a separate text file for bugs and issues I encounter in this iteration. I keep this one seperate from ideas for features. The file with ideas is the most spontaneous one and consequently its priority should be very low to zero.
So I don't lose track of what was done, these three files are included in my git repository and are regularly committed.

All these measures help me control the flow of features into my game. Ever since I've been applying this I haven't implemented new ones - most of what I do right now is improving the user experience. It seems to work well - or at the very least: better. :)

Do you have any ways to conquer your inner lazy demons? Share your story in the comments or hook me up on twitter! READ: The benefits of getting out of your comfort zone
Eingestellt von b5cully um 09:57 Kommentare:

Interface design sucks and here is why

You likely came here because you also had that experience: Creating an interface for a client or software, just to proceed to do tedious coding work.

Sometimes that frustration is caused by dull coding: the kind of code you've done a dozen of times before in slightly different configurations. Creating getters and setters, adding listeners to buttons, blah blah blah.
Then again other times, it's simply a lack of knowledge and perhaps communication with the users on how to do things better. 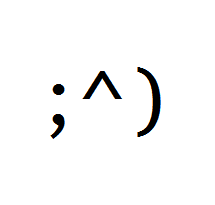 
So how can you make your life a bit easier as a programmer? I've summarized the following tips which I have collected via trial and error and pinches of design experience:


I hope you found these tips helpful. You are more welcome to add more suggestions in the comments!

A while ago, I started a new game in 7 Days to Die. For those who don't know: it's a game similar to Minecraft, just harder and with zombies that tear off your house. I enjoy playing it because of that difficulty.


I spent a few hours creating a nice base, grinding all the resources required to make it. The design I was using I have trialed and tested. It provided a good basic shelter.

It was a basically a roofed platform, supported by four pillars, each one about 4 blocks thick. In the middle below the platform, I would usually place some spikes. And when the hordes come, place myself in the middle of the platform with the zeds following me (they will be leaving the pillars alone).

It was a stable design and easy to maintain. Sadly I didn't make any pics.


And so it was, the base was almost done.  I just got done placing the roof, but I left the blocks in the middle unfinished. I made the base extra large this time to fit my needs.

This turned out to be a terrible mistake.

So it was horde night with an extra dose of zombies that spawn and are out to get you. And the moment I placed a torch in the middle of my platform, my entire house started falling apart.

First the wood in the middle.

Then ate its way to the outside.

With a horde of +30 zombies down below me.

Leaving only the stone pillars on the edges.

Everything was in vain...


I too, fell down as my house collapsed. I was in shock because the base I spent hours just completely vanished. Including all my stuff I had in my chest, which too was destroyed.

Quite frankly, I ragequit very soon after. I mean, with +30 running zombies going to get you, you can prepare your bum to run or die. Normally the latter. Repeatedly. Because you have limited stamina and the night is long. And that's no fun. 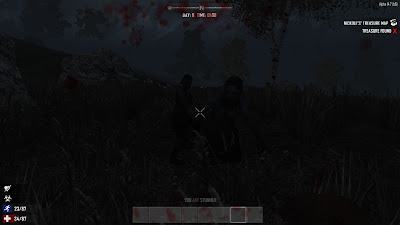 (Before continuing, you must know that 7 Days to Die has its own skill system. So even if you die, you keep all your skills and crafting recipes.)

...or was it? A Realization


So recently, I got back to this saved game. What happened next is very interesting.

It was still horde night with those many zombies coming for me. Just as I left it. I already died once and respawned somewhere random. My bed at my base collapsed too so I was practically homeless. However as I ran through the night, not knowing where to go or to escape the horde, I had a realization:


...I still had my skills, my recipes, a partially explored map. The knowledge to create things better and safer.


And then it occurred to me: this is exactly how real life works.

The knowledge, skill, talent to create and rebuild.

You are the most valuable asset you have.

6 Tipps Boosting Your Productivity With HackNPlan

The tool Hack 'N' Plan is a very sophisticated project managing tool made by gamedevs for gamedevs. I have been working with it for about 5 months and my productivity sparked ever since. I am more focused and notice when my game is suffering from the infamous scope creep syndrome.

In the following I want to present you 5 tipps how to work with this piece of software. These may work without making use of Hack 'N' Plan, too!


I hope this helped with your gamedev endeavours. Keep on rocking, keep on coding!

How Introverts and Extroverts can get along

I have a very close friend of mine who I have been friends for almost a decade. We couldn't be more different, as he is mostly extroverted, a persuader, a good joke teller, and I am more of an introvert who is shy and withdrawn. But despite of that, we get along very well. Heres some tipps on how (these points may pose as dating advice too).


Involving the gaming community is important making a great game. For this purpose I have created two polls that allow you to share your thoughts on CamoTactics.

Happy voting and thank you for playing CamoTactics!

It happens to me when I code all the time: Create something just to later discard it and start new from scratch. You make two steps forward just to make one step back again. It's frustrating sometimes.

Come to think of it, it's just like real life. Sometimes you're trying to make a change in your life, trying to adapt some habits, like trying to stick to your marketing schedule or diet plan. Then there's times when things happen, you slack and fall back to your old habits.

It's a bit like marble in a funnel that's slowly rolling towards the hole in the center. You're trying to roll towards the center, but sometimes you go too fast and bounce back to the outer edge. You do this until you finally achieve your final breakthrough: when your good habits finally stick and your code finally works (well... mostly ;) ).

So when you practice going through this with gamedev, it will likely spread over other parts of your life.