It's been silent around CamoTactics lately.  I've been going on and off track from game development during the last two months. Part of that was caused by family meetings, the other by motivation issues.

As of recently I've been eagerly working on new features however, and there are plenty! Example: some first drafts for ranks/levels/skills/factions, size based inventories, a new way of handling graphics, customizable weapons, freshly awesome pixelart, particle effects, a new main menu and also basic in-game dialoge. All of this goes with some heavy optimization here and there too! 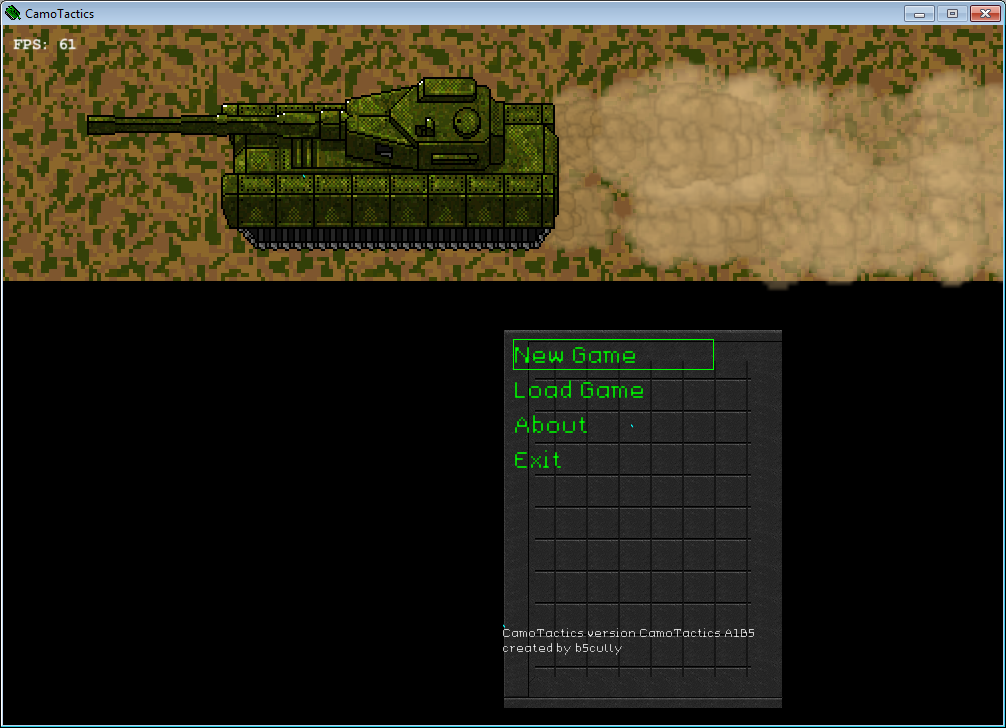 The main menu is now animated, with moving tank, ground camo and particles. This screen and the UI still needs a lot of work. 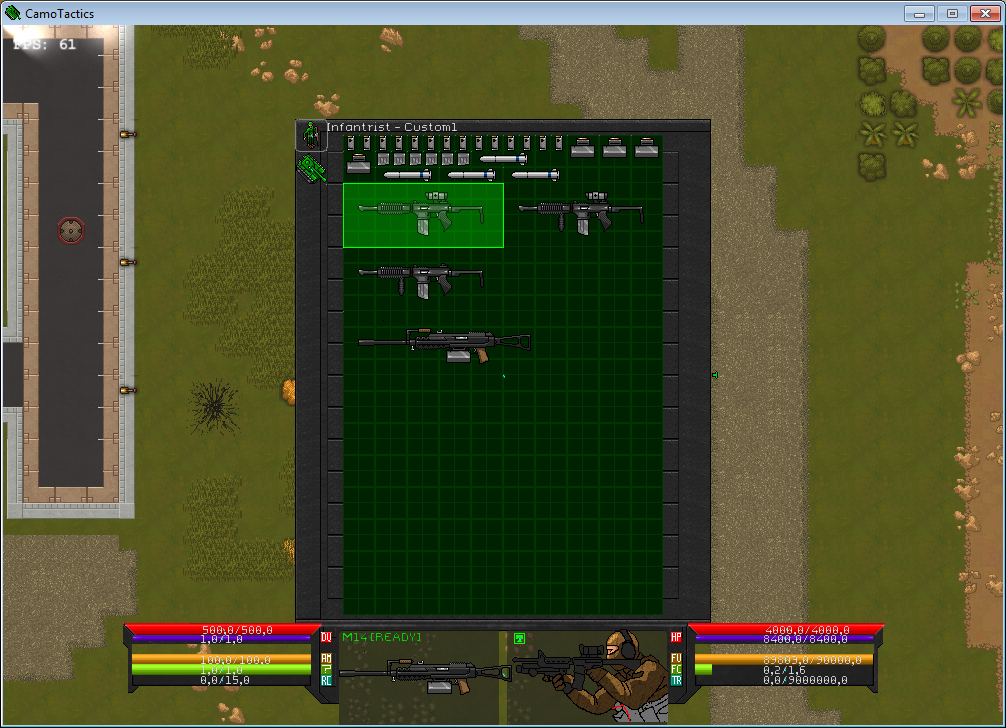 Inventories support multiple item sizes and weapons can be customized. You can also switch between the character's inventory and the inventory of the vehicle you're currently driving. 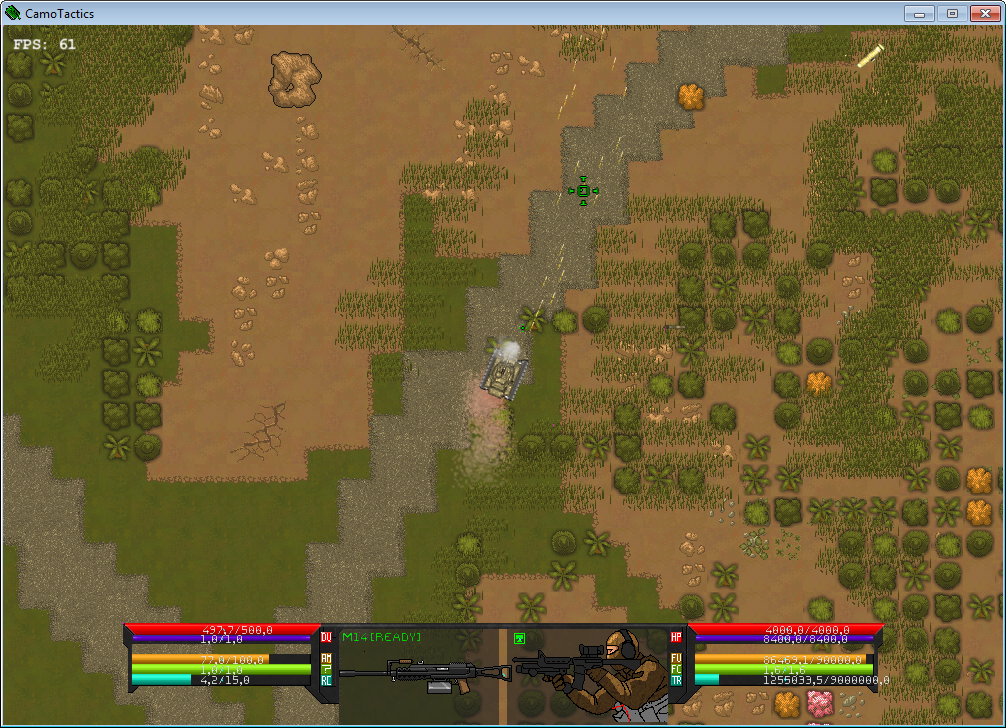 Experimental particles have been added for shooting and traveling over different terrain types. Looks promising, but that system requires better code.


Despite of the break I am very happy with the progress, and there's a good chance this game is going to get finished! The next release is planned on 19th September, so stay tuned.