Alpha Release 4 is out! Get it on GameJolt or Indie DB! 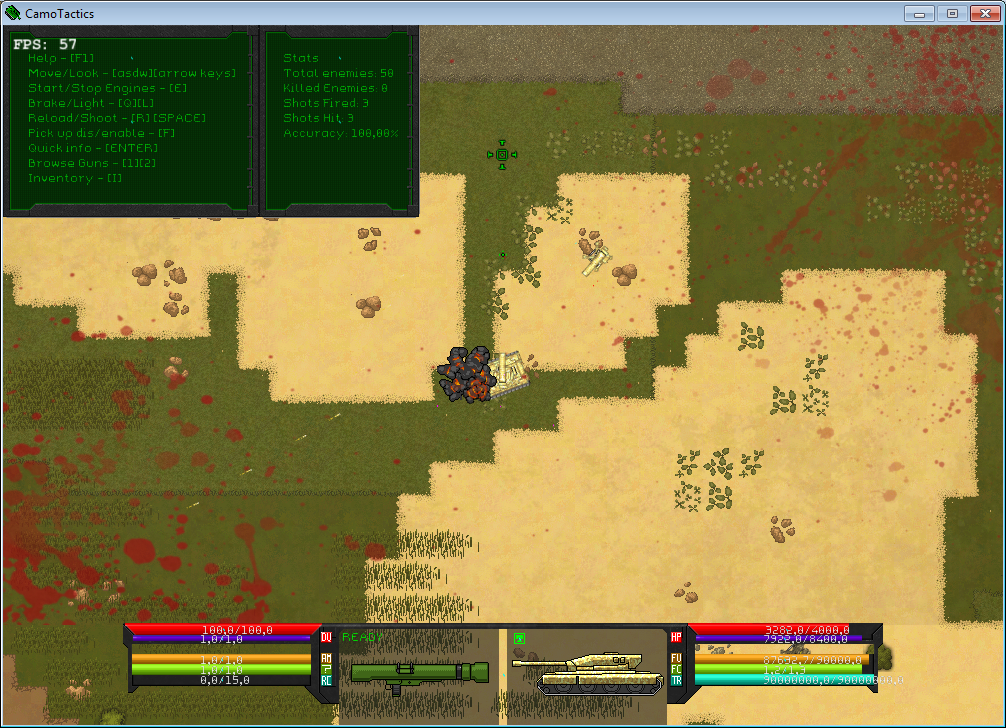 Many features were implemented and I worked off all planned items, including some that I considered optional. Interestingly, most of this was implemented during the first two weeks after release 3, and that productivity spike sadly slacked off in the following two weeks. I am still very satisfied with the progress I made this iteration. To recap what I wanted to implement this month, here is the full list:

I have a lot of plans for the next build already, which is going to be scheduled for 16th of August. On my list are:

Optional list is:
So how is Camo Tactics going to look like when done? For some answers, please refer to this post.
I am very excited with this game, and I hope you are too. Thank you for reading!
Eingestellt von b5cully um 14:06